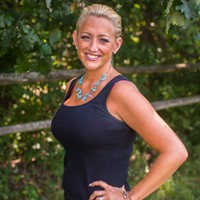 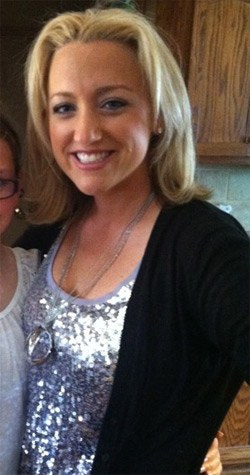 Julie’s Story is a ‘Message of Confidence’

When Julie decides the time is right to tell her daughter about getting breast augmentation with Dr. Galante in Indiana, she says it will be framed as “a message of strength and of confidence, instead of superficiality.” And, like many stories of empowerment, it is rooted in personal tragedy.

Julie knew for years that she wanted breast implants, but she and her husband first planned on having a third child. They have a six-year-old daughter and a son who’s four. She got pregnant, but then a series of blows changed her life. First, they lost the baby when she was 11 weeks pregnant. Then, a few months later, her doctor discovered a large cyst on one of her ovaries that had a characteristic of cancer. It ultimately ruptured, causing, she says, “the worst pain somebody can imagine.”

Still planning on trying to have a third child, Julie learned another large cyst was discovered — one which appeared even more like cancer than the cyst that ruptured. It turned out to be non-cancerous, but her doctor said she had the worst case of endometriosis — an excruciating condition that typically involves the ovaries — he’d ever seen. Julie needed a complete hysterectomy.

At 32, she had gained a lot of weight during the course of her health issues. After being buffeted by one blow after another, Julie, who teaches an online English course for a local university, decided to take control. She started dieting before the hysterectomy and ultimately lost 45 pounds. She took up running, logging enough miles to compete in 5Ks and 10Ks, not to mention a challenging “mud run” that includes obstacles. Obstacles were nothing new to Julie.

“I embraced my new life,” she says. “This was one stage in making the new me.”

Dieting and exercise, however, started taking a toll on her breasts, which she said were already a bit saggy after two children.

“I used to have nice, perky breasts,” she says. Julie decided it was time to find a plastic surgeon in Indiana for her breast augmentation. “My husband was completely supportive.” 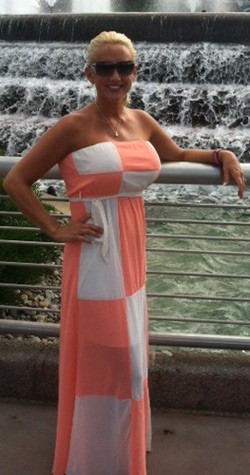 “I’m a very picky patient,” Julie says with pride. She researched exhaustively, not just surgeons, but everything about the breast augmentation procedure. Living in a small town, she initially began looking online for surgeons in Indianapolis and Chicago, believing the best surgeons must be in the big cities. But quite a few of her friends and acquaintances had implants, so she also began asking around.

“Every single happy person that I talked to had Dr. Galante do their work. Everyone is using him. It was almost ridiculous.”

How confident was she in choosing Dr. Galante? When a friend decided she was going to get breast implants, Julie referred her to him before she had even met the surgeon.

Julie knew she made the correct choice selecting Dr. Galante the moment she entered his office for her consultation. “It’s a classy office, but not one that makes you uncomfortable. The woman behind the desk was smiling, and when I walked back to the doctor’s office, it was as if I had known these people for 10 years.”

Meeting Dr. Galante put her at ease. Even though she thoroughly researched the procedure and knew exactly what she wanted, Dr. Galante asked her to trust him about the size of the implant because his decision would be based on what was proportional for her body frame. It was her decision, she says, but “I trusted Dr. Galante.”

“They are perfect,” she says of the way her breasts look with her new Natrelle™ implants, which were inserted under her pectoral muscles. “They’re actually bigger than I asked for.”

She admits being nervous about having the augmentation performed in Dr. Galante’s surgical center, rather than a big-city hospital. But when she saw how immaculate it was and the professionalism of everyone involved, she knew there was nothing to be worried about. “It couldn’t have gone better.”

Julie says she had always been a positive person, but her sunny outlook faced a challenge during the past three years, during which her father-in-law became ill and died, in addition to her personal misfortune. To some, she acknowledges, breast implants are just about vanity. But Julie says she believes for most women, like herself, the decision is about confidence.

“I’m proud of what I did. I’ve never felt so good about myself in my life,” she says. “It may sound funny, but I’m complete now. I have my two kids, my husband, and I’m healthy.”

Not to mention a new wardrobe.